You are here: Home / All recipes / Cider Poached Apple and Salted Caramel Tart 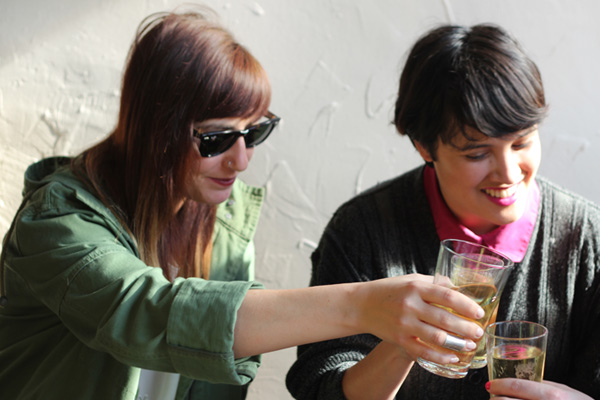 Sunny afternoons and cider go together like well.. Rhonda, Ketut and …a sun-rise! (relive their love story here), like Prince Harry and nudie runs in Vegas but go especially well together here in my hometown of Melbourne. They just do…I absolutely adore this city but enough of the ‘beige’ weather already, I AM READY FOR SUMMER..like NOW! How about you? Show me the money Melbourne!! Pretty please??

My fondness for cider ‘matured’ as a cash strapped backpacker on many a sunshine filled afternoon in Dublin on the manicured lawns of Trinity College and the love affair has since continued. These days you can find me in Windsor or Fitzroy on a sunny weekend minus the backpack and a hopefully with a little more than 5 euro in the back pocket! So when my friend Margot (who also happens to be the Victorian Manager for the company) invited me along to the Hills Cider Sunday Sessions at the Cider House in Brunswick Street, of course my taste testing was assured 🙂 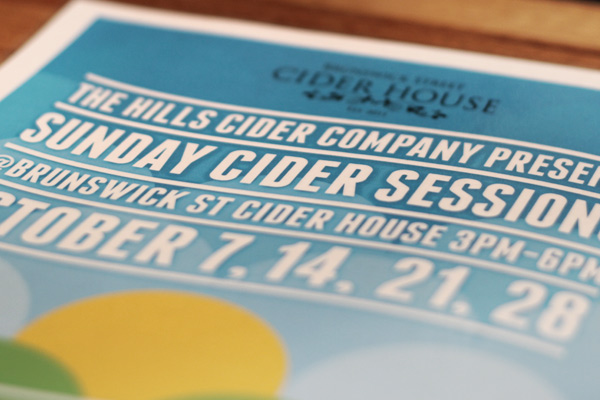 The Hills Cider Company is a relatively new player in the industry only established in 2011 but it already has a few awards under its belt. Its cider is crafted from apples and pears of the rolling Adelaide Hills (somewhere Ive yet to visit). This particular Sunday, their pear cider was being showcased on tap and I must say Im a bit of a convert – Im usually a apple cider girl through and through. I was pleasantly surprised to find that The Hills pear cider was crisp, dry and a little too drinkable, not that this is necessarily a bad thing mind you… 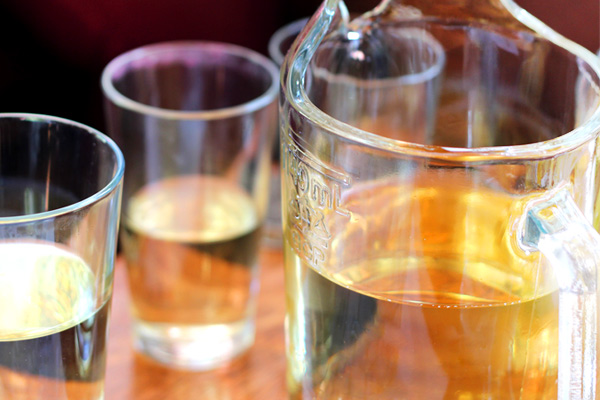 Later in the afternoon the tantalising smell of the courtyard BBQ drifted through the bar and I discovered that sunny afternoons and cider also marry extremely well with spit roast pork sliders, topped with crunchy fresh red cabbage slaw and gravy. Hooray! I attempted to eat one of these bad boys in the usual way but preferred to keep my face nice while in public and free of gravy smears so I inhaled with the aid of a knife and fork. If I’d had room, I would have also tried the apple pie which was being offered for dessert. Next time maybe….. 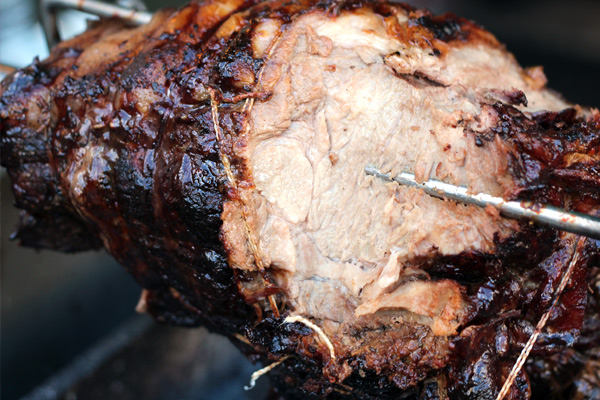 This cider afternoon inevitably inspired me to concoct a cider/apple laced dish to feast on later in the week. Apple pie immediately came to mind but with the decadent addition of salted caramel – it had to be in there somewhere along with some crunch. So I came up with this cider poached apple and salted caramel tart with walnut crumble.

Making the caramel takes a couple hours but the rest of tart is super easy to assemble. The crunch of the puff pastry topped with smooth dense carmel and married with softened cinnamon spiced apple and toasted walnut crumble is SO SO good! It can also be eaten hot or cold with icecream, custard or by itself. If you think you can stop at just one slice – enjoy!! 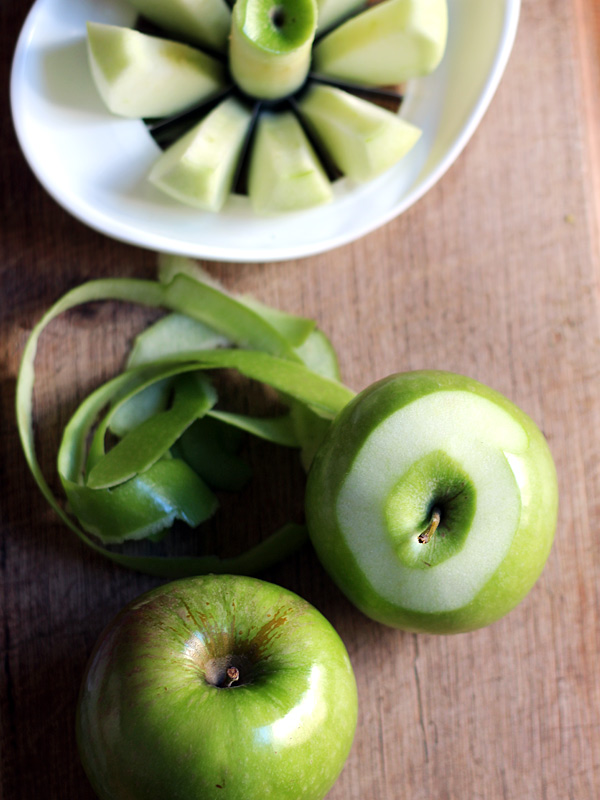 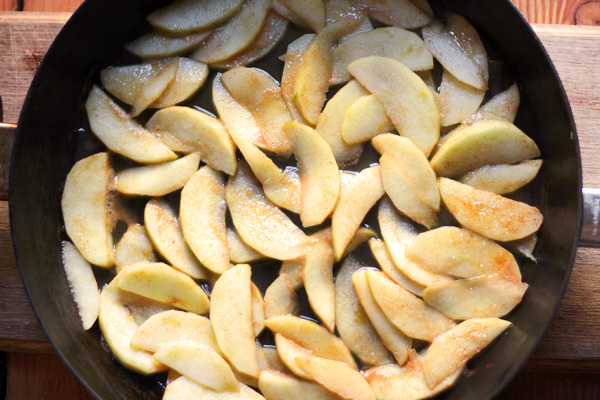 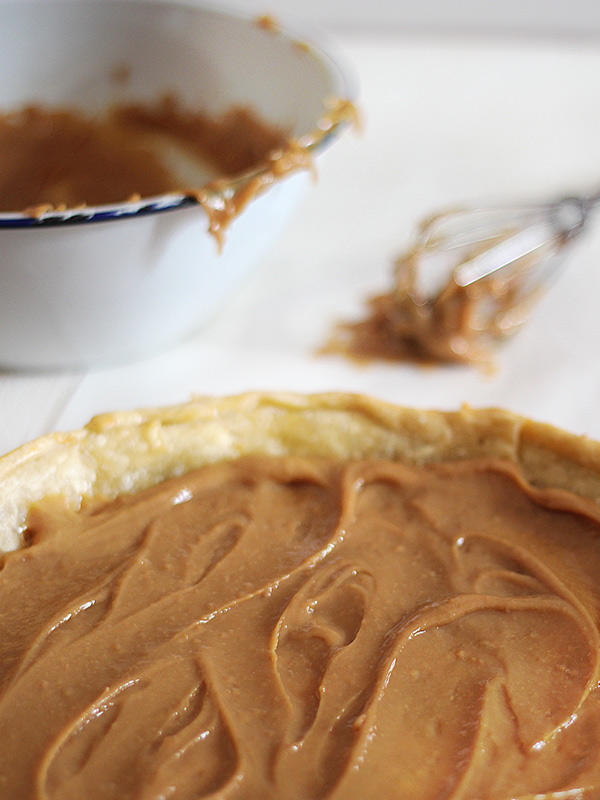 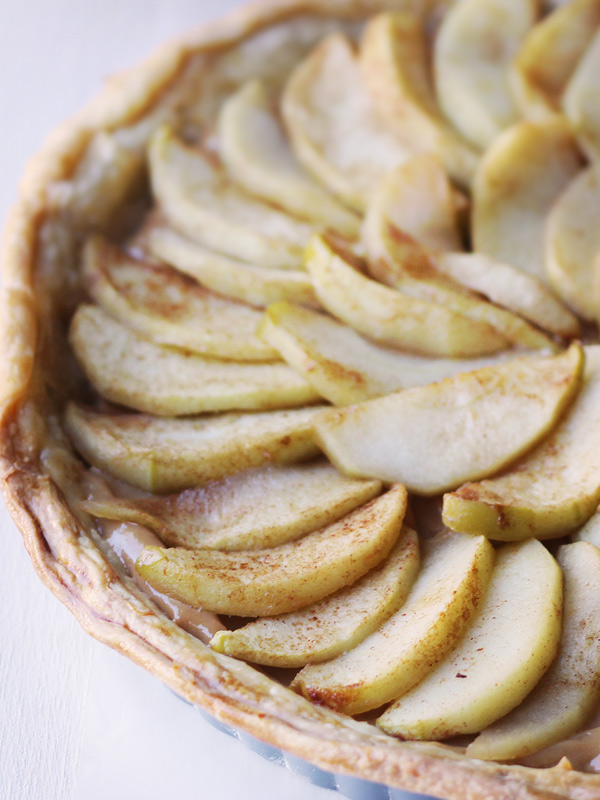 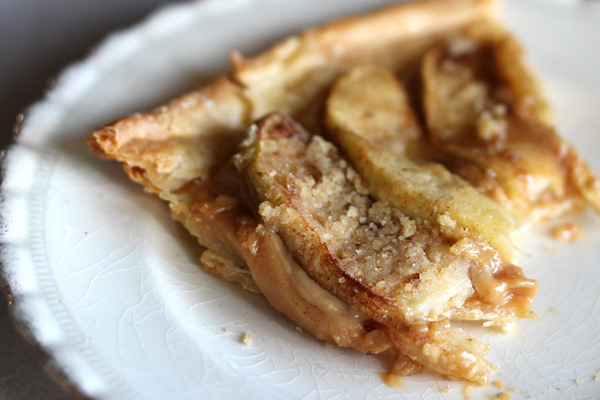 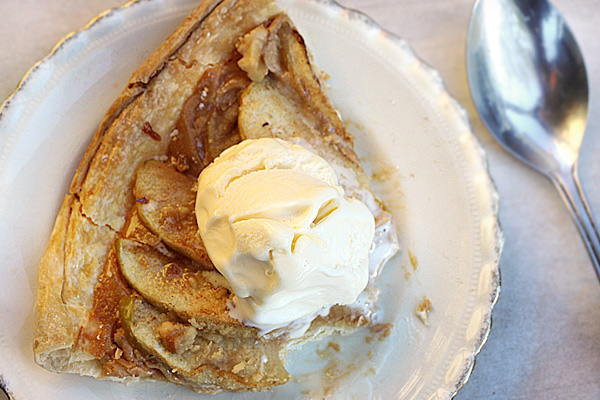 What do you get when you rush to photograph the last food shots of the day before the light fades? Hmmm that would be the heartache of an upended tart that slides off the table/cake stand and becomes one with the carpet that’s what!…at least this disaster did not involve the neighbours cat getting its paws on the latest creation this time unlike my June post 🙂

« 4500 Bloggers & 1 US President
Hola! Celebrate Day of the Dead with Elote (BBQ Sweet Corn with Cheese) » 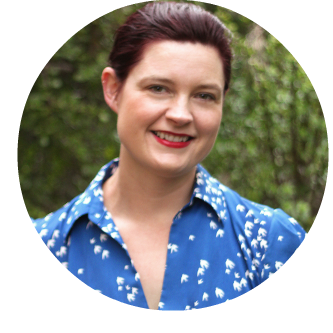 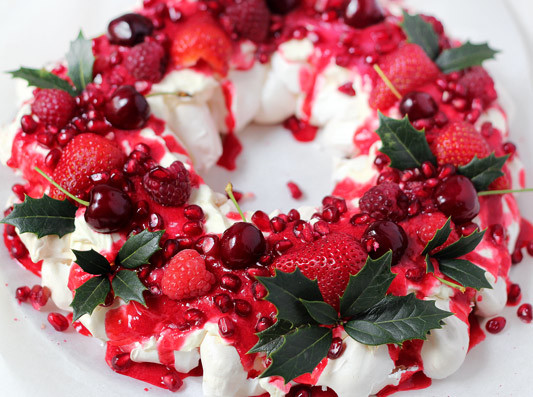 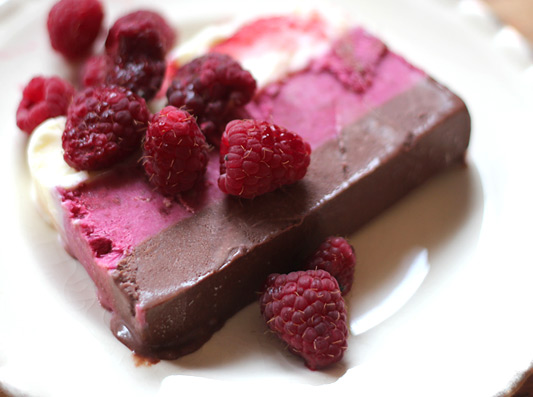 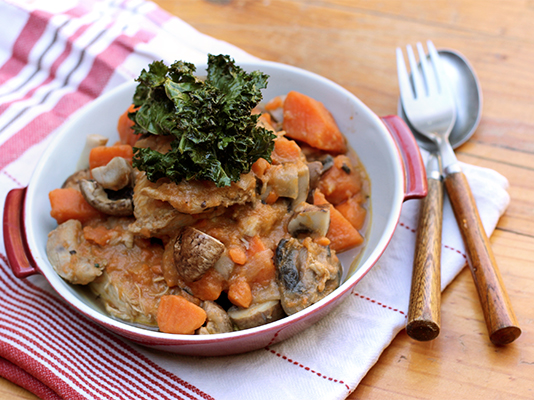