You are here: Home / All recipes / Valentines Sweetheart Cake 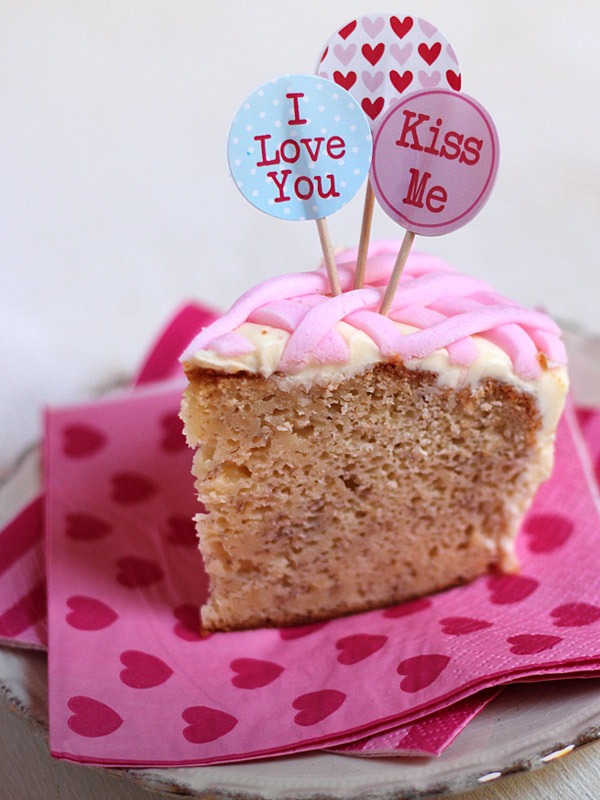 My Grandad, Powell fell in love with my Grandma, Doris one day, spying her as he rode his bike past her front garden on his way to work one morning. “She was a good sort your Grandma” he would tell me with always with a little twinkle in his eye, “Oh yes, and she could do a high kick that touched her forehead”. According to Grandad, this was the clincher. I always loved hearing Grandad’s embellished version of events over the years. He adored my Grandma and loved to wind her up with this little story.

Grandma’s version was a little closer to the truth though not nearly as entertaining, that they had met through a mutual friend rather than the front garden. Grandma, raised on a farm says she was more interested in riding the pony that lived next door in the paddock in peace rather than a boyfriend at the time.

Much like my lovely Grandma, Ive never been one for soppy Valentines declarations of love. I have a blanket ban on anything soft and fluffy, red roses and going to crammed restaurants filled with other obliging couples who’d rather be doing anything else but. I prefer a bit of spontaneity and…..chocolate. LOTS of chocolate. However, I DO love a good love story. Give me The Notebook and a box of tissues and I’ll gladly endure panda eyes, ridicule and a snotty nose for love!

My Grandad eventually got his happy ending winning Doris over. They were married in 1944 when Grandma was 24. She wore “cousin Betty’s wedding dress” as fabric was in short supply due to war rationing. Their union has so far produced 3 children, 7 grandchildren and 2 great grandchildren who refer to Grandma as “Great Doris” and lasted almost 60 years when Grandad passed away in 2004. 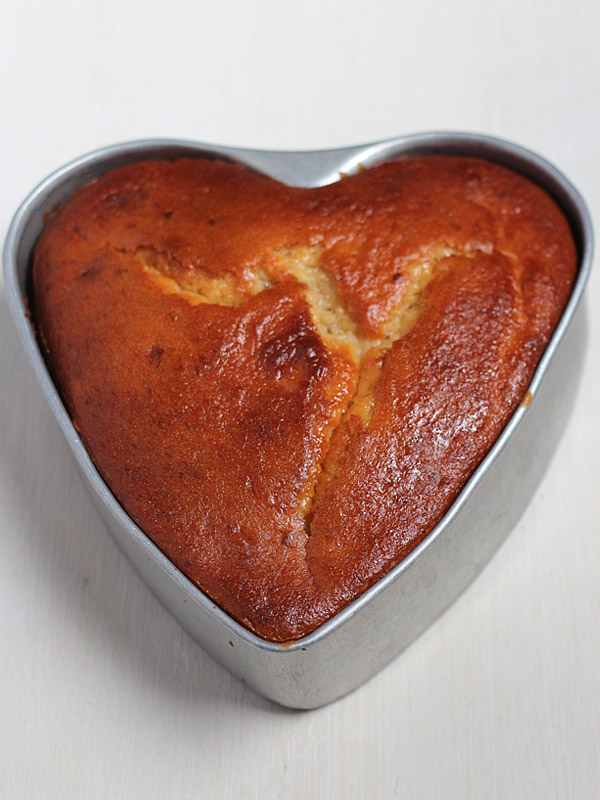 The love heart cake tin was handed down to me from my Mum but originally belonged to my Grandad’s mother, Biddy. I first made this cake a couple months ago for some good friends in celebration of their engagement at the end of last year. The wedding will be in November this year and I cant wait to see their big day! I do have confession to make though and please, try not to judge me :).

This cake partly comes from a packet mix – yes its true! I was strapped for time making the initial cake and it actually tasted so good with a couple little tweaks, I thought why not? Adding some mashed banana and yoghurt totally makes it something else yeah? 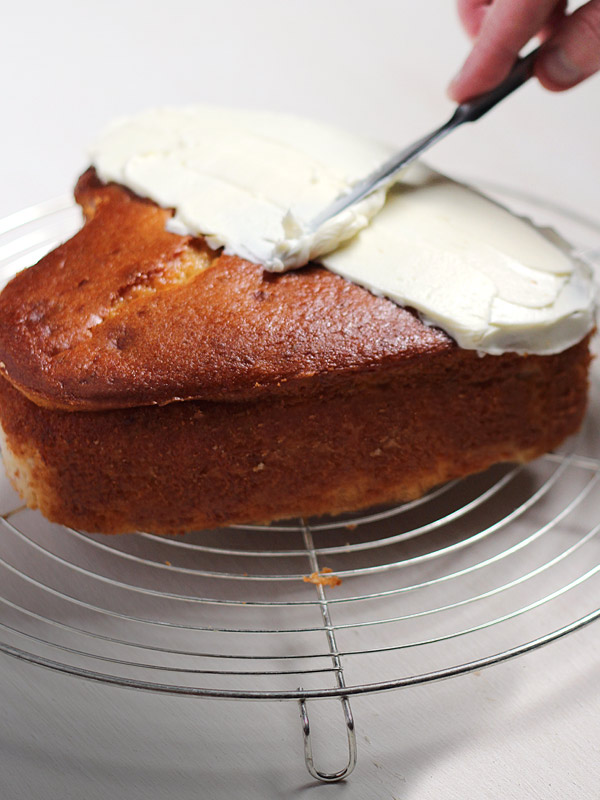 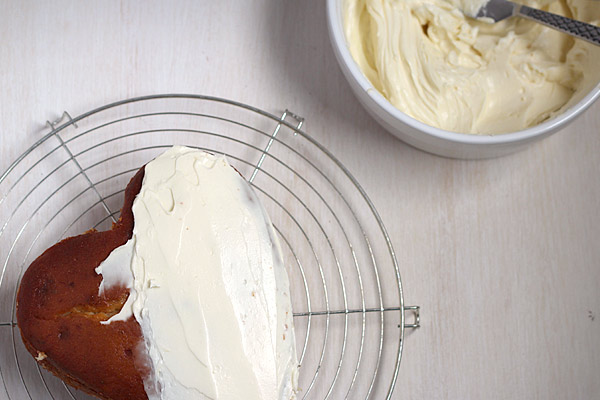 Making the original cake, I piped individual crosses on the cake, however it proved quite hard to get everything straight. Upon visiting a local cake decorating shop, the owner suggested buying pre-made royal icing then rolling and slicing it up to get the desired pattern. Its definitely fiddly and time consuming, but the end result is quite pretty. The icing love heart is best made on baking paper, the brought as close to the cake as possible from the side (hand underneath) then quickly ‘planting’ the cake face down over the top of the cake. 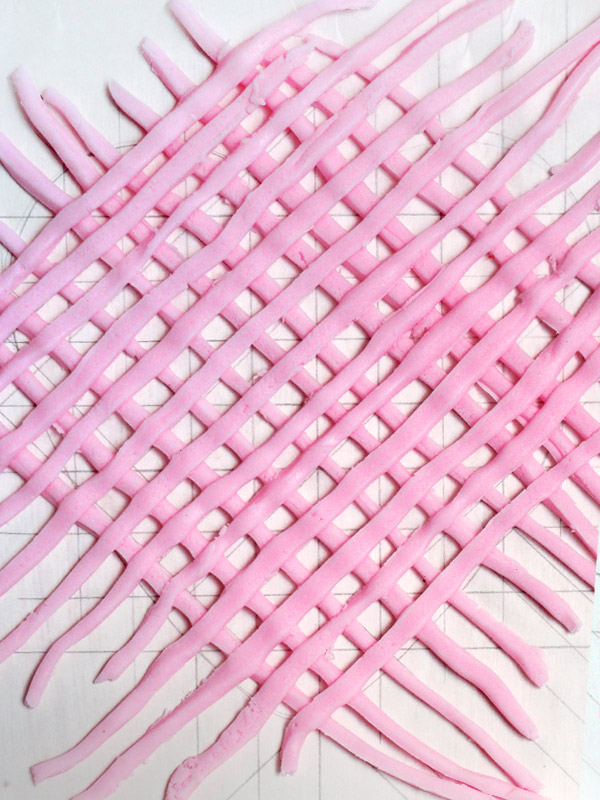 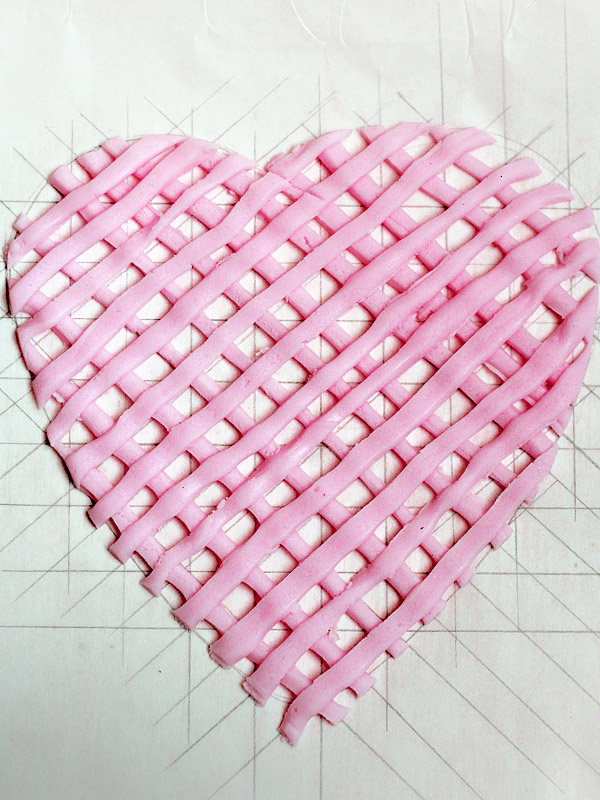 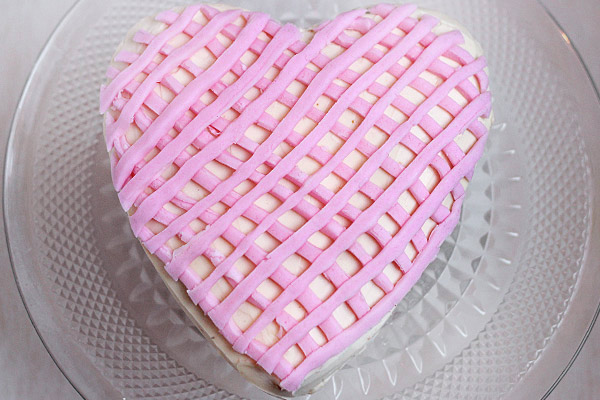 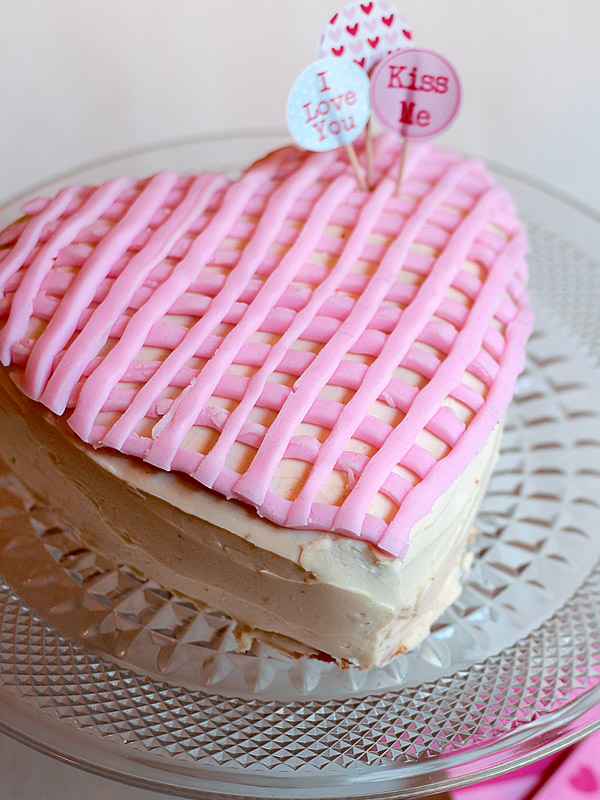 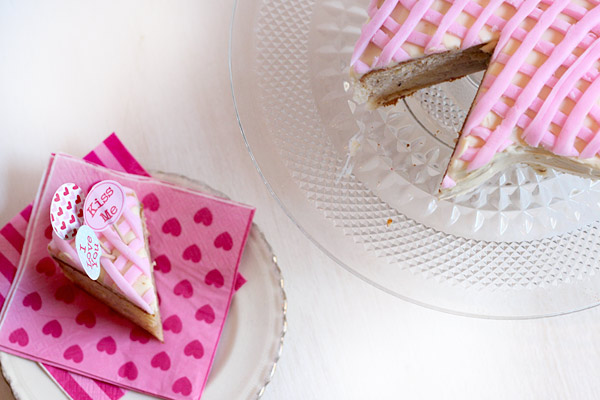 Wherever you today, whatever youre doing and whom ever youre with, l I hope you have a fabulous day. With this, I’ll leave you with a slice of cake and my favourite moment out of another great love story – Love Actually. Thanks Hugh!