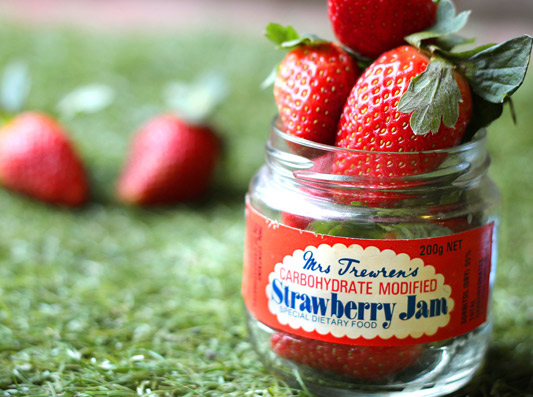 I have fond memories of my time as a cash strapped backpacker in London. Share houses, bed bugs, warehouse parties, orphan’s Christmas, tri-nation competitions, the English summer and the regular side trips to Europe and other exotic places when I was able to tear myself away from the excitement of London town.

For a large portion of that time, I worked for a hideous dragon lady in a snooty high-end restaurant in Mayfair, just near the Ritz. Dragon lady derived infinite pleasure by dangling the threat of terminating my employment in front of me every so often if I didn’t smile enough (once soon after my Uncle died of cancer – Im not even joking….). If nothing else, character building would be one way to describe it!

In the face of such imminent/imagined danger, there were however the occasional and unexpected benefits that came my way working at this establishment. Like being delivered the best angus steak and mash the restaurant had to offer 3 times a week from the chef that took pity on my treatment by said dragon lady and saved me from more Tesco baked beans than I care to mention. Meeting Noel Gallagher of Oasis, friends who became family and coming face to face with the Queen one morning on my way to said employment. 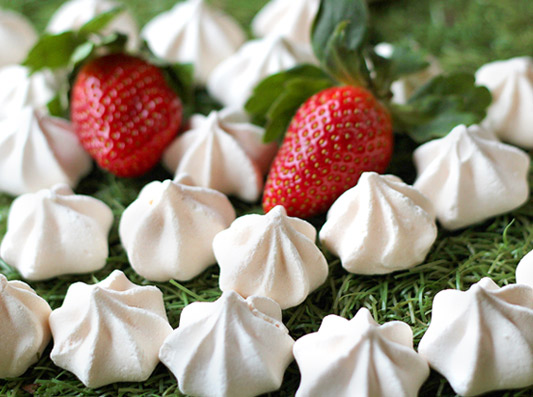 This particular morning, I got on my usual bus but as we got closer traffic came to standstill not far from Buckingham Palace. Thinking there must’ve been an accident, I decided to walk to work. A few minutes later as I passed by the entrance to the palace, out popped Queenie in her carriage in full costume and jewels for the official opening of parliament. I was only a metre away or so from the carriage so I’m pretty sure I got the royal wave! 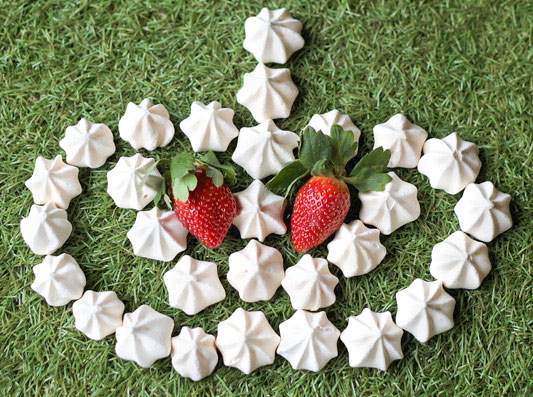 Grandma was most pleased when I passed on the news – she’s always been a royalist at heart (Great Grandma Violet came over on the boat from London as a little girl and the Queens Bushell’s tin here is hers). However, Grandma has never quite forgiven Prince Charles for cheating on his late wife and enjoyed the occasional rude postcard I would send from London digging at Charles. 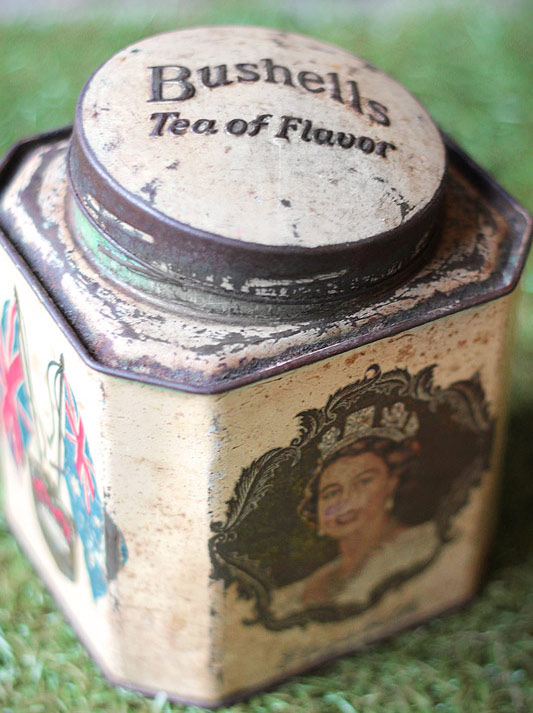 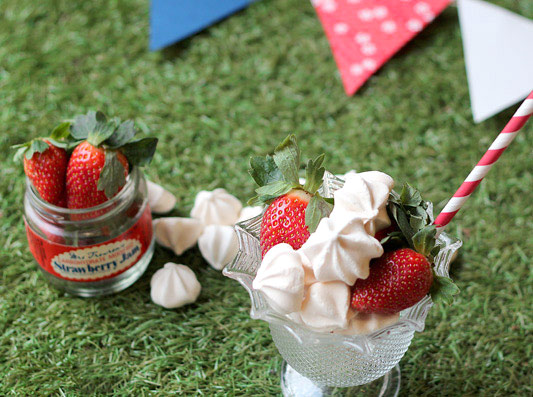 Watching the Queen crack the smallest of smiles and the glint of a tear in the eye at the end of the Jubilee concert last night, it was like hardly any time had passed since our first meeting at the palace and I was genuinely moved. Prince Charles did OK too!

In honour of her Royal Highness or “Mummy” to quote Prince Charles, I decided to make a quintessential traditional English dessert which I served at the snooty restaurant in Mayfair. Said to have originated from Eton College in the 1930’s it’s most universally known as a ‘mess’ of strawberries, crushed meringue and whipped cream. However, according to the historians it originally contained banana instead of strawberries. 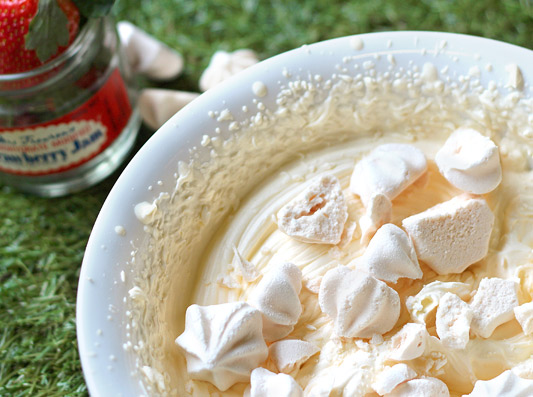 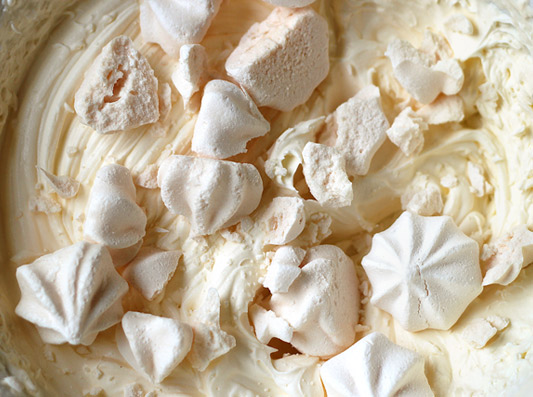 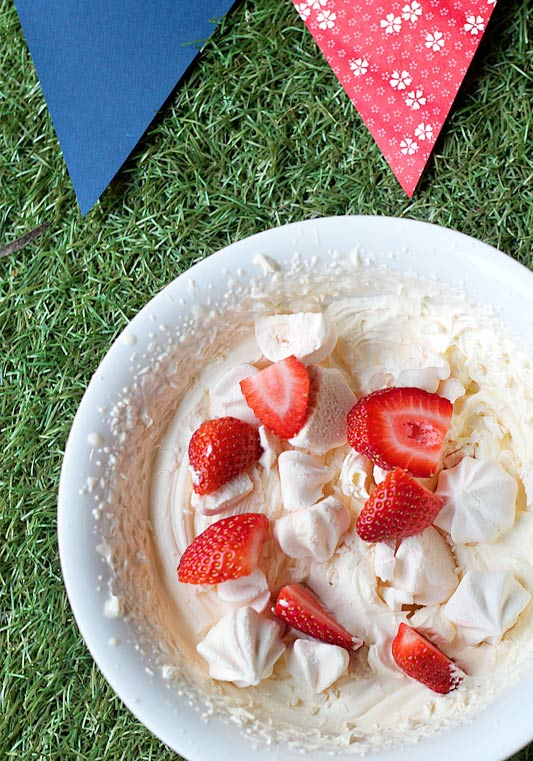 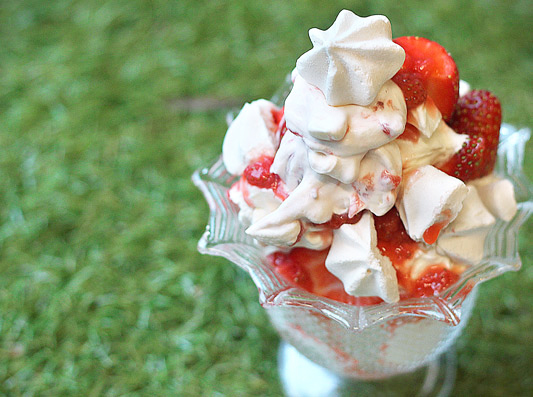 I do love the traditional version with cream however, as its currently summer in the UK, I thought I’d go for a twist and make it into a lovely sweet, chewy ice-cream with frozen strawberries. The difference between the two is the addition of condensed milk and some time in the freezer. Make the traditional Eton Mess dessert or the ice-cream version or both! They are equally delicious! 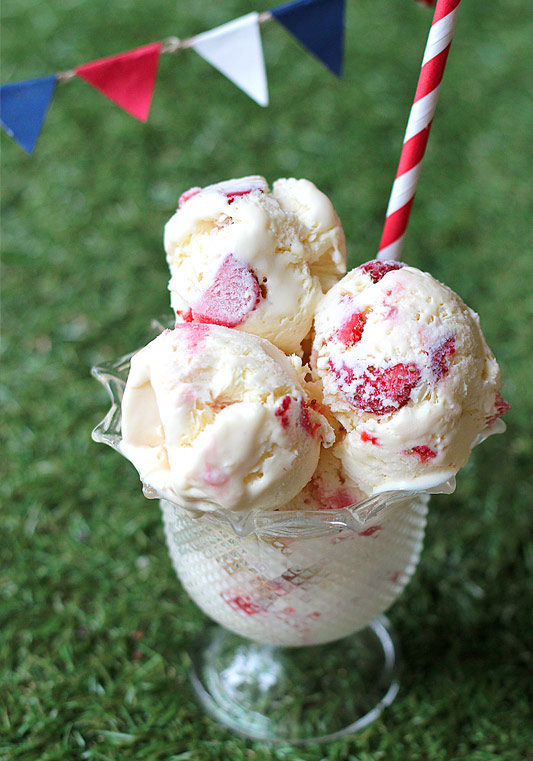 *To make no churn Eton Mess Icecream, add a can of condensed milk to the cream at the very beginning and whip together. Follow the recipe as directed then pour into a bowl and place in the freezer until set.

« Chocolate Hazelnut Lamingtons with Raspberry Jam
Dance Like Nobody Is Watching ; A Recipe For Vegetarian Paella »