You are here: Home / All recipes / Phở (Vietnamese Noodle Soup) 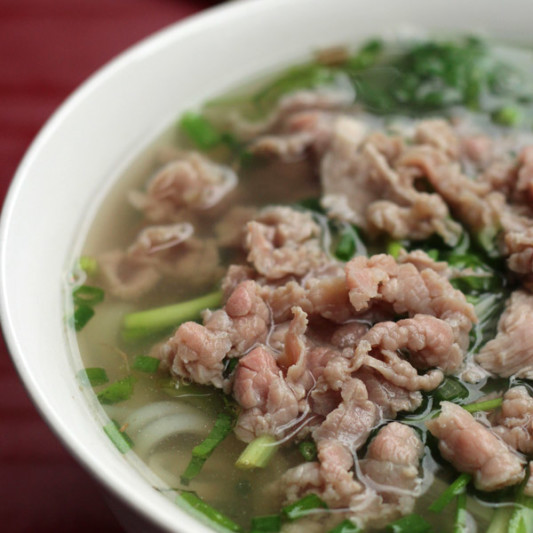 This lovely bowl of pho above and below stands as my all time favourite from my entire recent trip around Vietnam. This Pho Bo (Beef Noodle Soup) came from a little kerbside eatery recommended to me as a personal favourite of the receptionist at the hotel I was staying at in Hanoi. She told me that the family had owned the shop for more than 20 years and they were famous for their Pho Bo around Hanoi.

This is the usual case with most street food vendors in Vietnam. They specialise in one type of dish only and have their loyal following of customers which return everyday for their meal. This was my first experience of local street food of the trip and when I finally found it, I quickly pulled up a small stool with the other local diners and waited with excitement.

The pho arrived a few minutes later and I was presented with a rich beef broth, silky rice noodles and the most tender slices of beef that really melted in your mouth. I seasoned the pho with fresh kumquat, garlic chives,chilli and sweet basil. I managed to wear half of the soup as it dribbled down my chin but I didnt care who was looking, I was lost in my bowl of noodles…

This became the pinnacle to which all other bowls of pho were compared and there were a lot that followed believe me! Depending on what part of the Vietnam you’re in, pho has a particular character of its own in addition to its plethora of secret family recipes. In the south the broth in the pho is sweetened, in central Vietnam, it is spicy and salty and in the north, they tend to use more MSG and the broth is not so sweet. 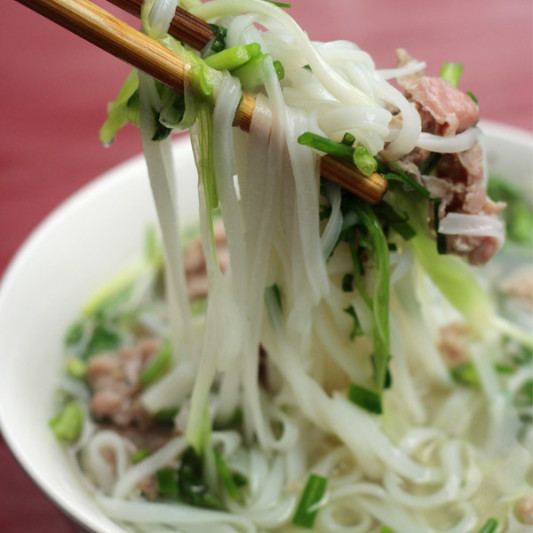 When I reached Ho Chi Minh City at the end of the food writing course I completed while in Vietnam, our final cooking class was a lesson in making Pho Ga (Chicken Noodle Soup) at the Saigon Culinary Arts Centre with Chef Mai. Chef Mai began life as a furniture salesman before falling into cooking in 1988 through a friend who required help at her restaurant following the death of a family member.

Enjoying this stint of cooking, she undertook formal training at the Saigon Tourist School as well as additional training in hospitality to learn western style service. Since then, Chef Mai has worked as a private chef in Europe, in western style restaurants around Vietnam and now leads cooking classes at the Saigon Culinary School where she has taught for the past 2 years. She runs classes 7 days per week and teaches up to 80 participants per week. 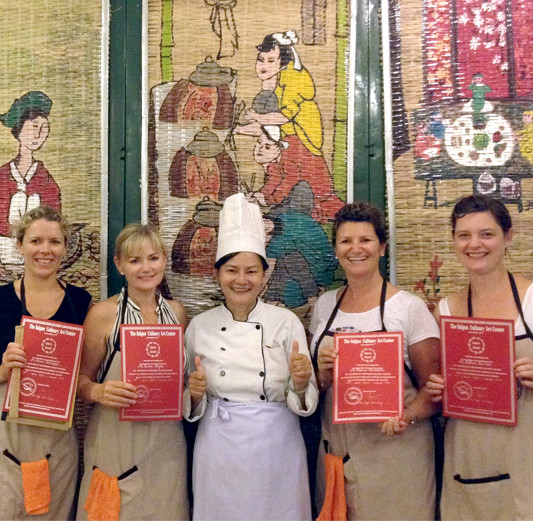 These lovely ladies were my fellow class mates in the Australian Writers Centre Food Writing in Vietnam course and the cooking lesson in pho. You cant really tell from the picture but we were all ready to melt by the end of class. Outside the temperature was in the high 30s but inside the classroom was even hotter with the addition of boiling soup and no air conditioning.

Never the less, we soldiered on and were super happy with our very tasty bowls of homemade Pho. I was really surprised that while a little time consuming, the pho was actually quite simple to make. I’ve made a few bowls since I’ve returned from Vietnam and I am happy to say they are a true replica of the one we made in class. Ive included Chef Mai’s own recipe for Pho Ga below; allow yourselves a good couple of hours to give the pho the attention it deserves. 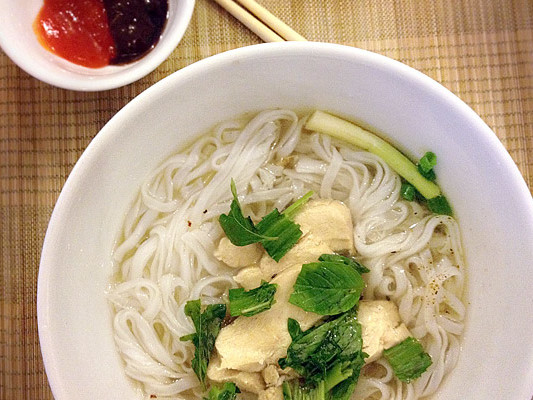 « Follow me to Mexico, join in for a hot bowl of homemade pho and time travel back to the 1950’s
A Blog Birthday & A Sydney Weekender »