You are here: Home / All recipes / Halloween Monster Slime Cakes 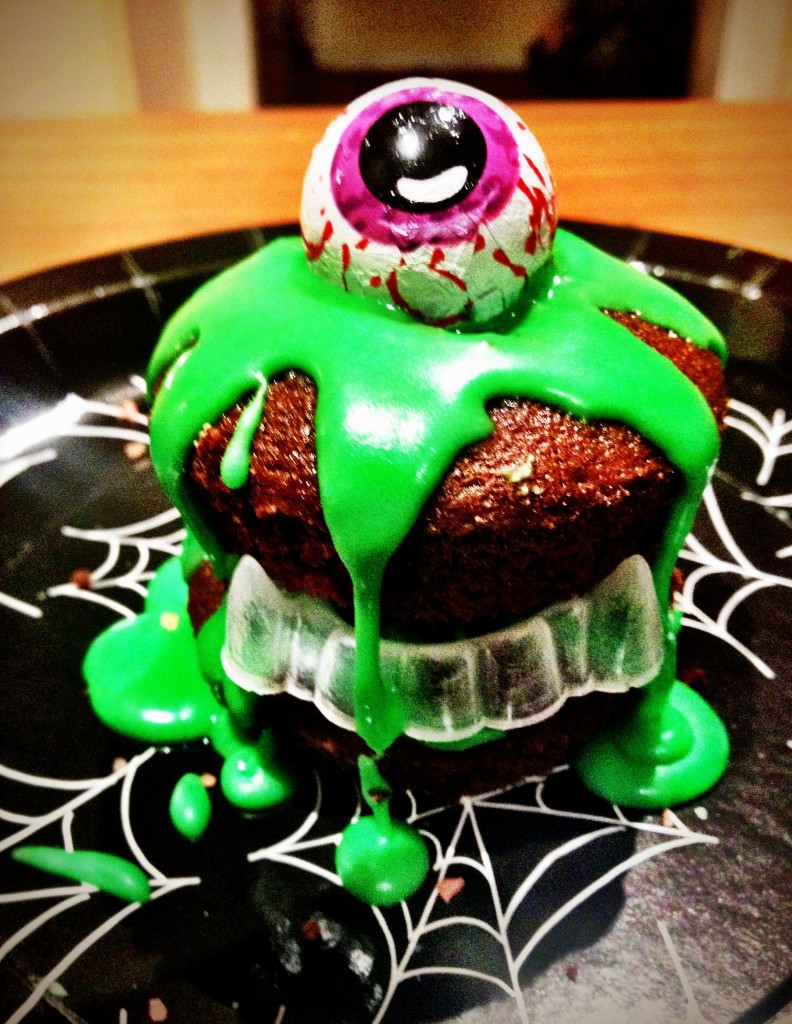 This past weekend, I had the pleasure of a visit and some Aunty sitting duties with my niece and nephew aged 6 and 3. When I suggested we make monster cakes with green slime and exploding eyeballs in honour of Halloween, the excitement of my favourite little monsters was palpable.

RRRAOOOOOOORRRR!! my nephew replied in his best dinosaur voice. 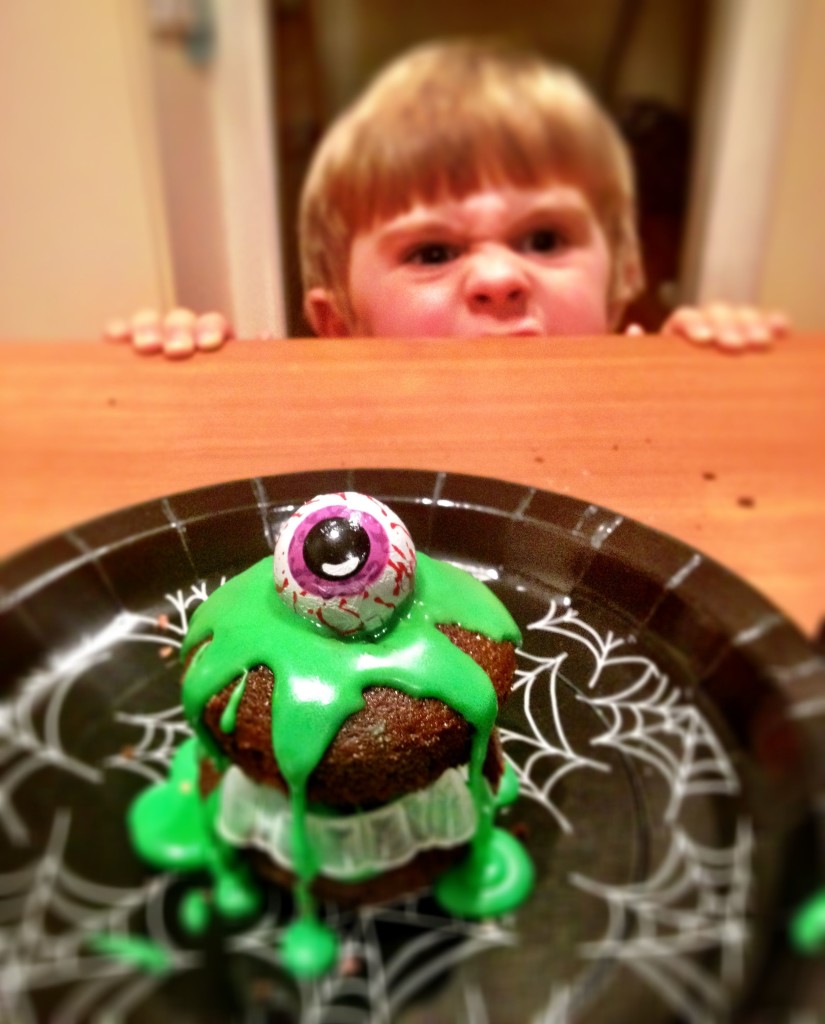 I’ve always thought Halloween was super fun even though a traditionally US/Canadian affair. Years ago when I travelled around Canada, my first job there was working in a big costume store in Edmonton for the busy Halloween period. On the last day close of business before Halloween, we got to pick from what was left for free. Growing up as a child of the 80’s with two Stars Wars mad brothers, my long held fantasy was to be Princess Leia. With luck, no one had hired the costume so I got to be Leia for a night, double bun wig included.

Fantasy aside, I’m sure Leia never had this problem but I couldn’t hear a damn thing from underneath those buns and it was hotter than the sun! Definitely something to be considered for next time should your Han Solo materialise from a galaxy far far away at the Halloween party later that night but I digress….

Making monster slime cakes is a super easy and fun activity that the little kids can get involved in (especially licking the bowl) but watch out for those little hands that want to finger paint with green icing and sample the wares! All that is required is some chocolate muffin mix, icing powder, green colouring, popping candy and plastic vampire teeth. If you cant find any exploding eyeballs (chocolate with popping candy in the middle available from Big W for Halloween only), you can make your own with large white mints and a liquorice circle.

The kids loved eating their monster cakes just as much as making them although, my nephew declared that he didn’t like eating eyeballs after all, “me neither” I had to admit ……

*NB – The icing makes the cakes a little messy to handle so I used individual paper plates to put each cake on making it easy to serve.

« Mick Jagger, A Camp Stove and Finding the Long Way Home to Hoi An
A Hens Weekend Soiree and Trashy Wedding Extravaganza! »